Day Trips from Riga to See More of Latvia

When people plan on visiting Latvia, you can’t beat the capital Riga as a starting point. The city offers a gentle introduction into life in Latvia and the various things to do in Riga teach you a little about the local culture and history. But to really get to know Latvia, I think you need to see what else is out there, which is best done by planning some day trips from Riga.

Across my two trips so far to Latvia, I’ve had the pleasure to visit quite a few places around the country. But there’s only a handful that really work as day trips; Latvia’s larger than it may seem and day trips lose their appeal if you have to travel all day for them. Below are the Riga day trips I’ve come across that both show off more of Latvia while also being easy to do.

If I had to recommend one Riga day trip, I’d make it the green town of Sigulda, one of my favourite places in Latvia. Sigulda is a relatively small town overlooking the Gauja Valley, that feels more like a park than an urban centre. I’ve actually never done a day trip to Sigulda, instead choosing to stay there and take a break from travelling while working.

When visiting Sigulda, you’re going to want to put its castles at the top of your list. While the Sigulda New Castle is more photogenic, the remains of the medieval Castle Of The Livonian Order are still interesting to explore. Across the valley, which you can traverse by cable car, you can visit stately Krimulda Manor and, a moderate walk away, Turaida Castle, with its tower views.

Hikers and nature lovers will get a kick out of Sigulda as well. Walking trails and boardwalks meander along the river and through the forest and fields of Gauja National Park. There are even local caves in the area that you can go see.

Getting There: Both buses and trains take just over an hour to reach Sigulda from Riga; buses are much more frequent, trains are cheaper. 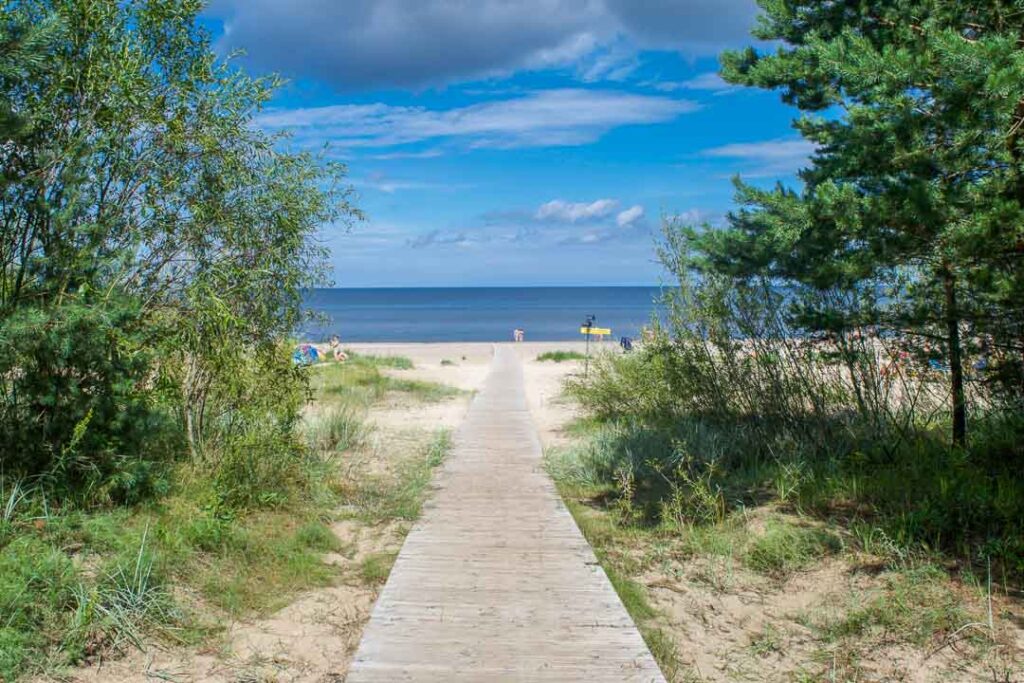 One of the closest places to visit from Riga is the seaside resort city of Jurmala. Come summertime, Jurmala is one of the busiest places in Latvia as locals flock to its long beachfront.

As tourists, spending time at the beach while in Latvia may not be your highest priority. Fortunately, there’s more to Jurmala than its inviting beaches. Many parts of the wider area are covered in light forest, making it a treat to wander around. What’s more, Jurmala is home to an eclectic mix of villas and holiday homes, that encourage you to explore.

With a day trip, you can comfortably see the heart of the city at Majori, spend time at the beach, and meander about. But on the edge of the city there’s also Kemeri National Park, who’s bogs, lakes, and forests tend to draw in tourists.

Getting There: Trains from Riga to Jurmala take just 30 minutes, with Majori the most convenient of its many stops. 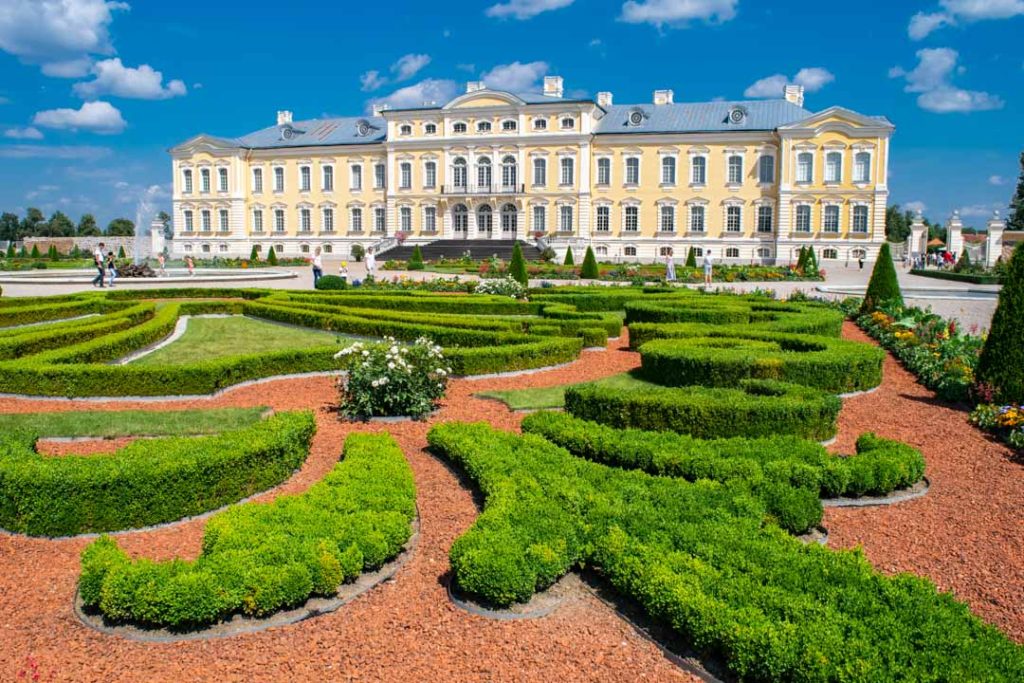 While it might not be as well-known, Latvia does have its fair share of picturesque palaces like other countries in Europe. And there’s little question that Rundale Palace is both the prettiest and the most popular. It’s also a great fit for a day trip from Riga, as you can see the gorgeous interior and palace gardens in a matter of hours. Make sure to head inside, as the stucco used in the palace halls is quite impressive.

The main town near Rundale Palace is Bauska, a small destination that you should also try to visit while in the area. There are a few sights around the centre of Bauska, like the Town Hall and George the Martyr Orthodox Church. But the real stars of Bauska are the town’s rivers and Bauska Castle, which you can see together. Bauska Castle has two parts to it, a medieval ruin and renaissance palace, that offers a fun contrast to Rundale Palace.

Getting There: To reach Rundale Palace from Riga, first take a 75-minute bus ride to Bauska (Bauskas). From there, it’s an additional 20 minutes by bus to the palace (Rundales Pils). 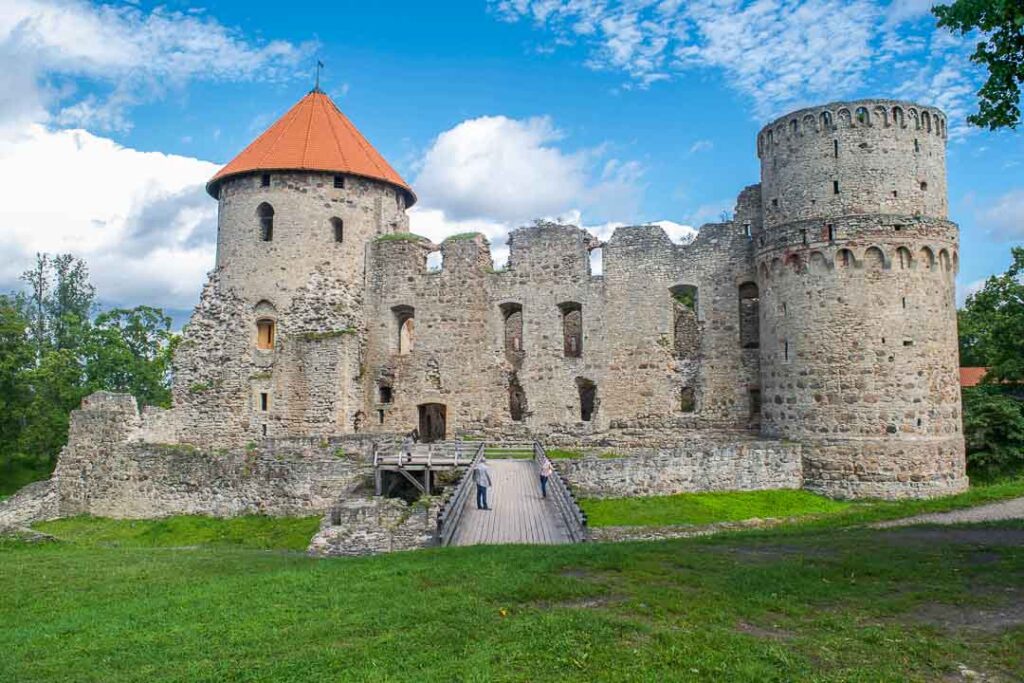 Sigulda isn’t the only worthwhile destination tourists can find in Gauja National Park. Cesis is a town near the centre of the park with enough going on to entertain visitors for at least half a day.

Like Sigulda, the standout attractions of Cesis are its castles. Surrounded by a large park are the ruins of a medieval castle, and nearby a more modern manor house. After touring the castles, make sure to allow some time for the Cēsis Castle Park, as its scenery around the lake is really quite stately.

What separates Cesis from Sigulda though is that there’s also the town centre to explore. Around the town church are a lot of older brick and wood panel buildings, the kind you find throughout Latvia.

Getting There: Buses to Cesis from Riga are far more frequent than trains, with both taking just under 2 hours. 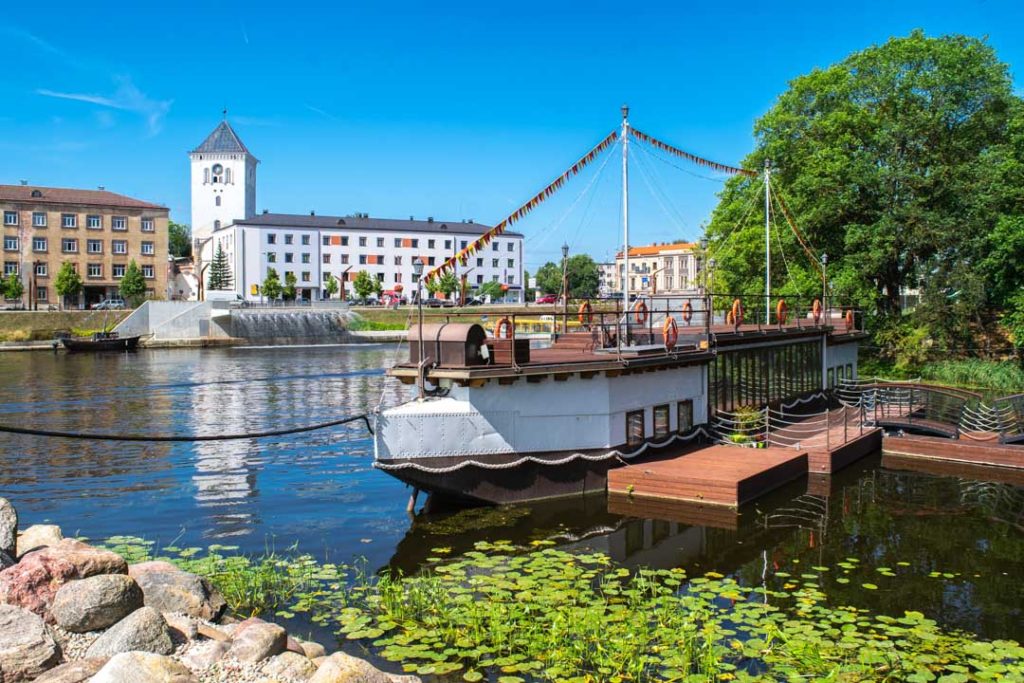 Travellers seeking a more off-beat place to visit from Riga should turn their eye to the city of Jelgava. This lesser-known Latvian destination is a regional capital, and while it may not have many big name attractions, it’s a pleasant place to explore.

Jelgava Palace is probably the most significant attraction in the city, owing to its Baroque architecture and ties to the Dukes of Courland. The Jelgava Holy Trinity Church Tower is another interesting landmark, especially with its glass roof that offers city views.

For me, though the two things that stood out to me about Jelgava was its riverfront and love of sculptures. The waterfront on the Driksa river has been clearly revamped and has an inviting feel to it. As for the sculptures, they range from clever scrap metal figures to the more culturally meaningful 100 Time Wheel that celebrates Latvian independence.

Getting There: Both trains and buses take roughly 45 minutes to get from Riga to Jelgava, with the train ticket slightly cheaper.

Which of these day trips from Riga most interests you? Are there other destinations in Latvia that you’d recommend to travelers? Please share your thoughts in the comments below.

What To Visit In Tunisia? The 5 Must-See Destinations!

11 Cities in the USA to Discover in Winter!